NIN tokenization helps to protect an individual’s data privacy via the use of an encrypted, coded representation (“disguised”) version of the NIN rather than actual NIN itself in day-to-day transactions.

User IDs, QR codes and even verification log details on the MWS Mobile ID app are all types of NIN tokenization in that they all hide the NIN of the user.

NIMC’s MWS Mobile ID app comes with a feature which provides the user with a Virtual NIN.

This Virtual NIN is also a tokenized version of the person’s actual NIN which another party verifying the number cannot retain and use in a way that puts the individual’s data privacy at risk.

It consists of a 16-digit set of alphanumeric characters.
The Virtual NIN itself (not the NIN record it represents) expires 72 hours after being generated.

You can use the Virtual NIN when digitally verifying your identity with a verifying agent or enterprise who needs to confirm your identity before offering you a service (banks, airports, shopping delivery and so on).

How It Works via USSD

How It Works on the MWS Mobile App 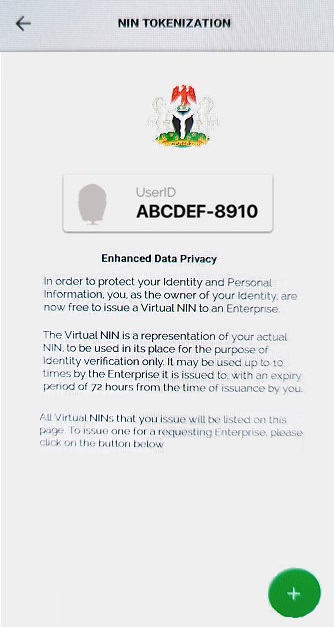 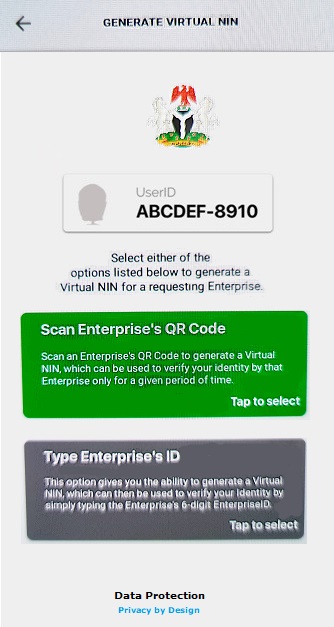 All payment requests for Tokenization credit units by authorised verifying agents or enterprises should be made via their Enterprise portal accounts and not using NIMC’s general REMITA account.