Less than 8 million were recorded for the 24-years-and-below age group who represent half the population of the nation.
While 60-years-and-above who require government support shows very low turnout for enrolment.

Regional figures indicated an equal distribution across the North and South. 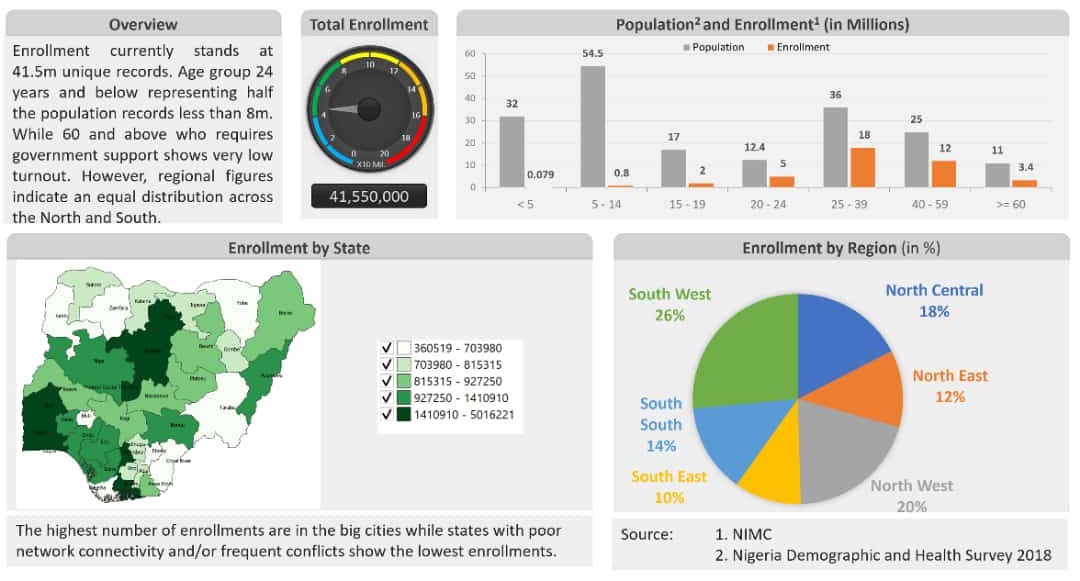 The highest number of enrolments are in the big cities while states with poor network connectivity and/or frequent conflicts show the lowest enrolment figures. 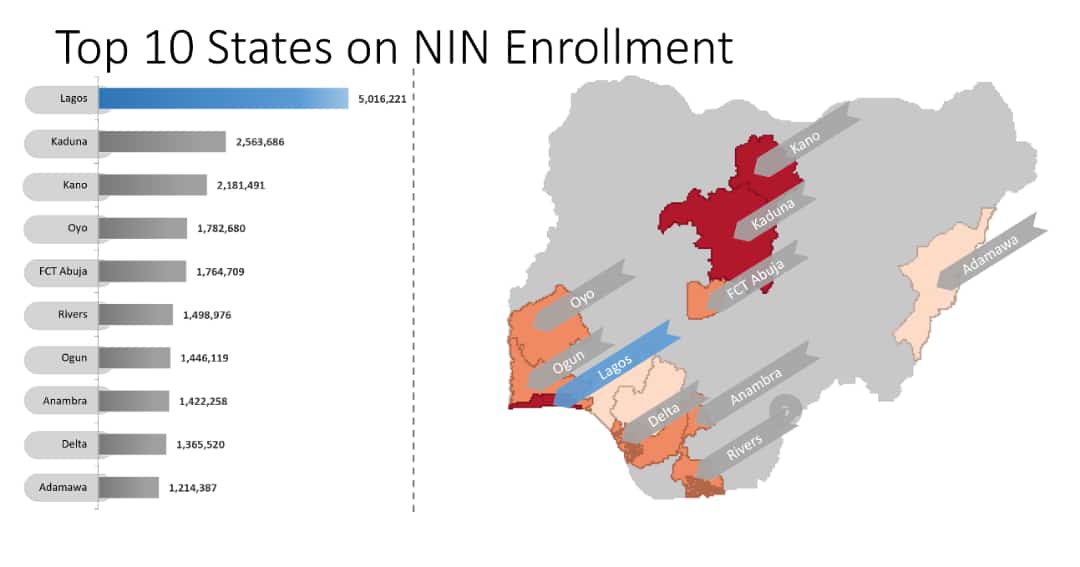