NIMC Kicks Against Extortion And Other Vices 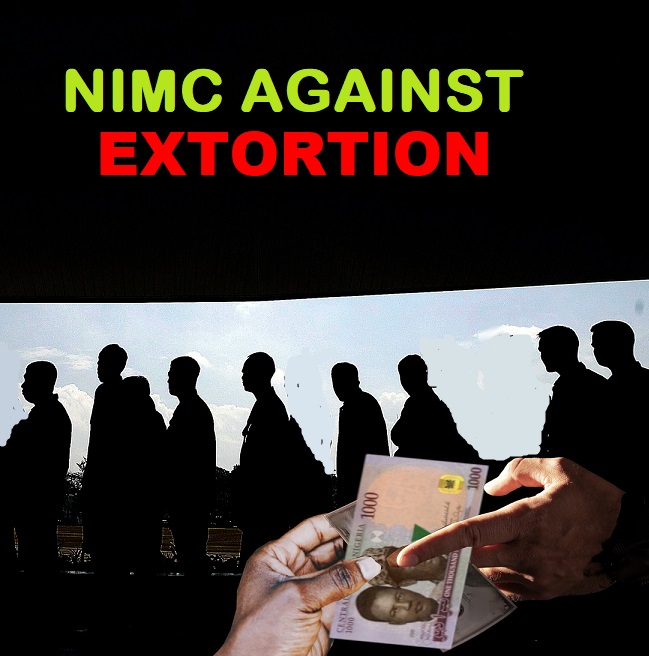 The National Identity Management Commission (NIMC) wishes to reiterate its zero tolerance to corruption, fraudulent activities, and extortion in the process of enrolment and other activities.

The Director-General/CEO, Engr. Aliyu Aziz stated that the NIMC is a responsible and responsive Commission that pursues the highest ethical standard in the discharge of its functions.
“The Commission, recently, suspended some staff and terminated the appointment of a few others who engaged in acts of extortion and unwholesome practices detrimental to its values,” he said.

It would be recalled that in 2020, the Independent Corrupt Practices and Other Related Offences Commission (ICPC) adjudged NIMC the third-best Federal Government Agency for its fight against corrupt practices. The award underscores NIMC’s concerted and deliberate efforts at stemming the tide of corruption.

The NIMC has instituted effective systems and supervisory checks to counter actions that stand at variance with the Commissions’ corporate ethical standards. The Commission also calls on the general public to desist from being enablers of extortion as it would not condone any act capable of destroying its hard-earned integrity.

The NIMC, therefore, urges the general public to report any form of extortion and unwholesome practices through its official platforms by

sending an e-mail to actu@nimc.gov.ng;

Remember, enrolment for the National Identification Number (NIN) is free!