The Honorable Minister of Communications and Digital Economy, Professor Isa Ali Pantami (centre) with the DG/CEO of NIMC, Engr. Aliyu Aziz, next to him (right)

Professor Pantami accompanied at the event by the National Identity Management Commission Director General/CEO, Engr. Aliyu A. Aziz, reiterated the Federal Government’s commitment to ensure that all Nigerians have the foundational identity, most especially Nigerians in the diaspora. He emphasized the need for all Nigerians living and working in the UAE to enrol and be issued the NIN.

Meanwhile, Professor Pantami used the occasion to showcase and educate Nigerians in the diaspora on the recently launched FG’s NIN Tokenization policy which was unveiled on 16th September 2021, by President Muhammadu Buhari, GCFR, as part of his administration’s policy of ensuring the protection of data of all NIN holders, especially for verification to access all government services. 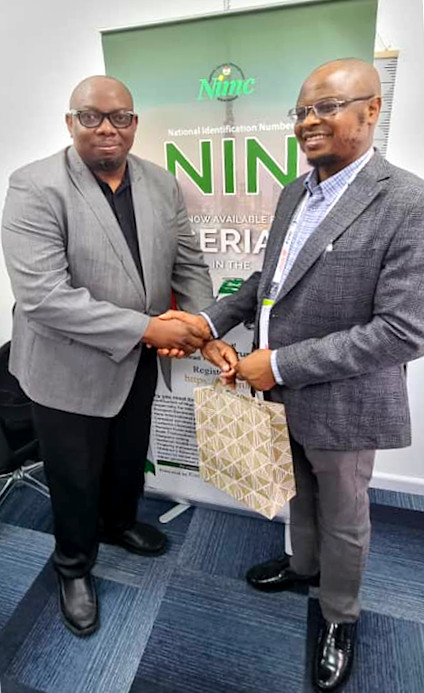