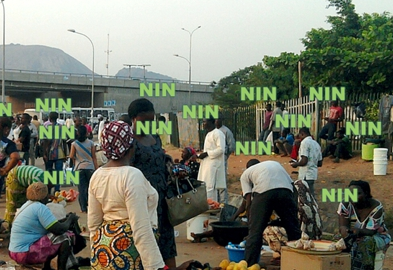 The Chairman of the House, Hon. Aminu Isa Sani spoke, when he paid a visit to the Commission’s Headquarters in Abuja on Thursday, 6th December, 2018, with members of the Committee, as part of its oversight functions.

During the briefing, the members noted that Nigeria is the most populous country in Africa and government at all levels cannot make plans and or implement policies if there is no accurate figure of the populace.

“There is no way the Nigerian government can plan effectively without knowing how many we are in the country.” Hon. Dickson Tarkighir said.

According to him, since we have not been able to conduct another population census since 2007, NIMC is in the position to help solve the problem of providing accurate population figure because, it has a Central Identity Database and also issues the NIN which is the unique identifier.,

The Committee members therefore, urged the NIMC DG/CEO, Engr. Aliyu Aziz to intensify awareness and sensitization on its activities to the general public, especially on the use of the NIN and its benefits.

“Since the NIN is the most important token, there is need for specific and targeted sensitization and awareness creation for the public to understand the paradigm shift in the NIMC mandate.

Noting that this would reduce the pressure on NIMC and the demand for the physical National e-ID Card, the Committee members also tasked the NIMC DG to strengthen his collaboration with partner agencies as he works towards enforcing the mandatory use of the NIN.

On his part, the NIMC DG expressed appreciation to the honorable members, and pleaded with them to raise a motion on the mandatory use of the NIN for all services and transactions rendered by the federal government and private organizations.