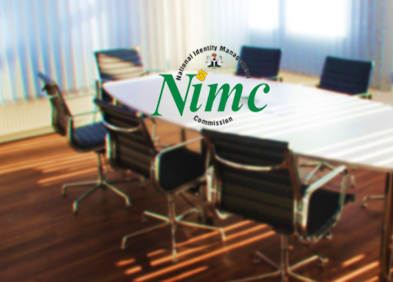 The Acting Secretary to the Government of the Federation, Dr. (Mrs.) Habiba Lawal, has inaugurated the Governing Board of the National Identity Management Commission (NIMC), recently appointed by President Muhammadu Buhari.
The inauguration of the body was done on Thursday, 21st September, 2017 at the SGF’s office in Abuja, sequel to the dissolution of the boards of all Federal Government Parastatals, Agencies and Government-Owned Companies in 2015.

While inaugurating the board, the SGF called on the board to work closely together, build synergy and ensure that the work being done at the Commission achieves its objectives. Adding that the proliferation and duplication of efforts at biometric based identity systems is neither cost effective nor security-smart.

The SGF also called on the private sector to invest promptly in the project, to help achieve the objective of populating the National Identity Database, which in turn will ensure that the NIMC is properly equipped to provide services to all sectors and aspects of our economy and nation.

The Chairman assured the SGF of the new body’s commitment. “We shall live up to expectations, especially given the fact that the burden placed on our shoulders is a very sensitive and significant one that must be carried with very sincerity and patriotism”, he said.